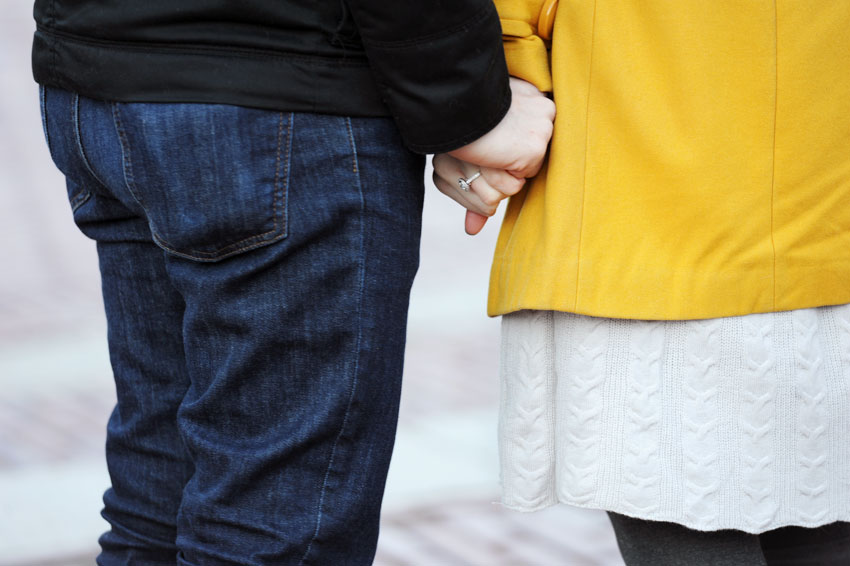 Everyone was anxiously awaiting the arrival of Ron with Danielle, for their Central Park proposal. They were expected to arrive after a romantic carriage ride Ron treated Danielle to, on one of the coldest days of December. As everyone stood there in wonder of when they’d come down the stairs we all thought of warm places (Aruba! Hawaii!) to thaw our frozen toes. But it was all worth the wait to see Danielle’s shocked face as she approached Central Park’s classic Bethesda Fountain. Friends broke out into choreographed, flash mob style dance, to one of Danielle’s favorite songs, “Part of Your World” from Aladdin. Ron and their friends had pulled it off! Look below for awesome moments from their Central Park Flash Mob Proposal. 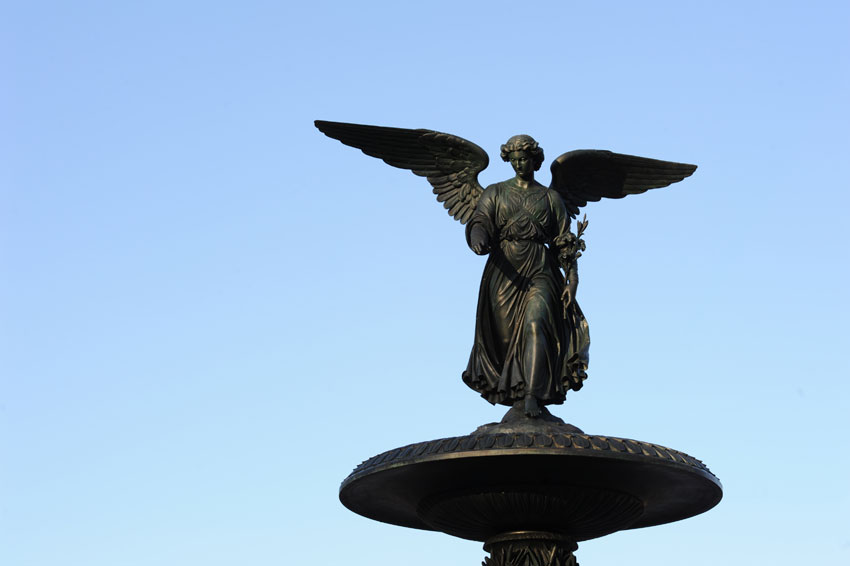 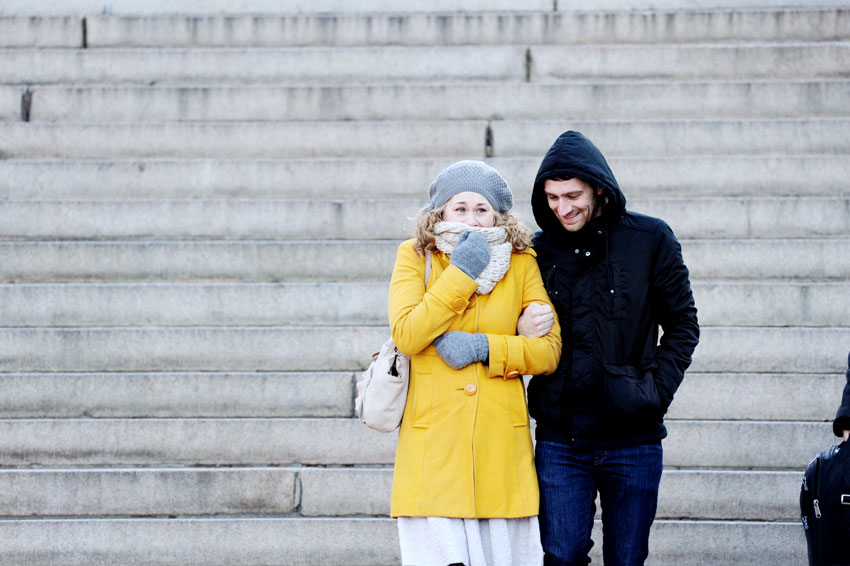 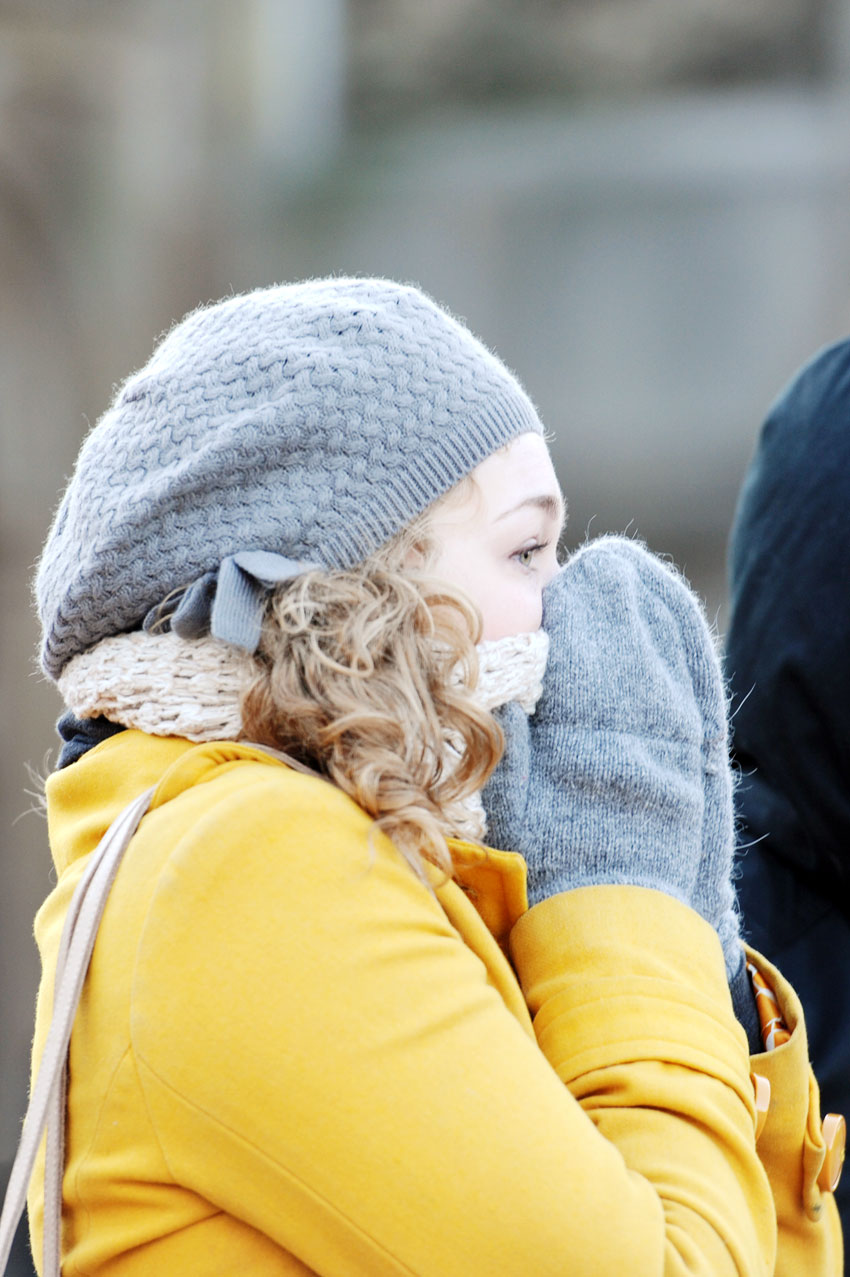 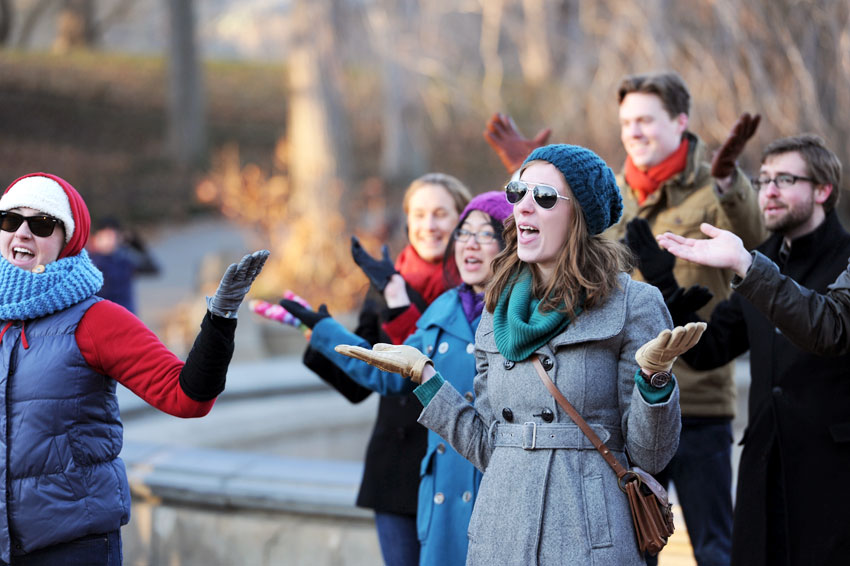 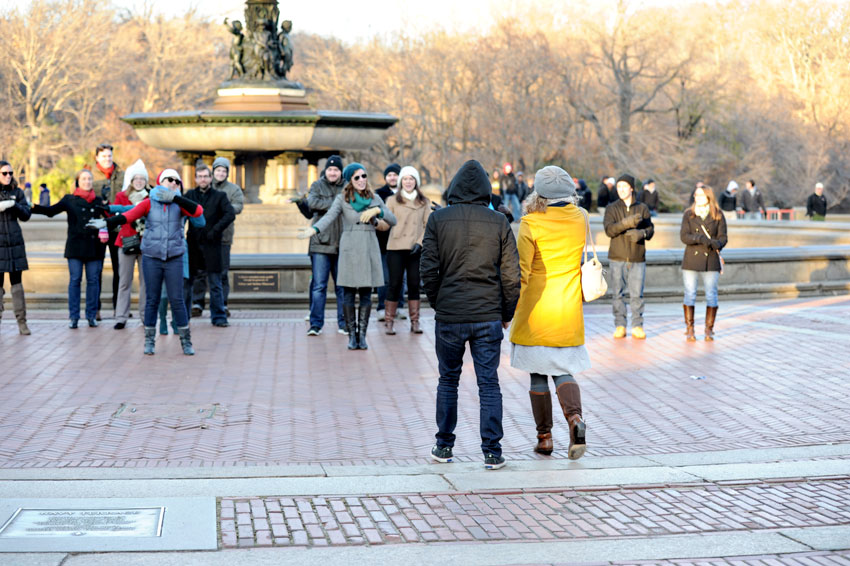 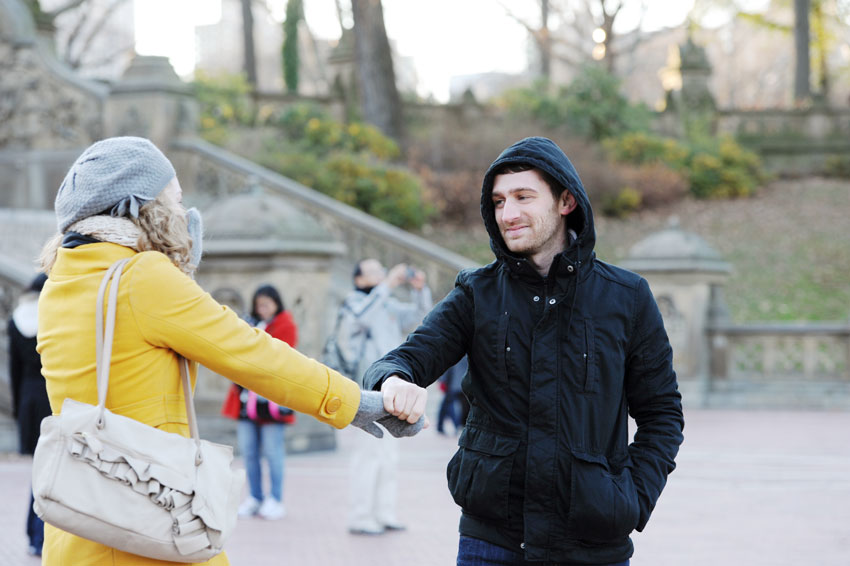 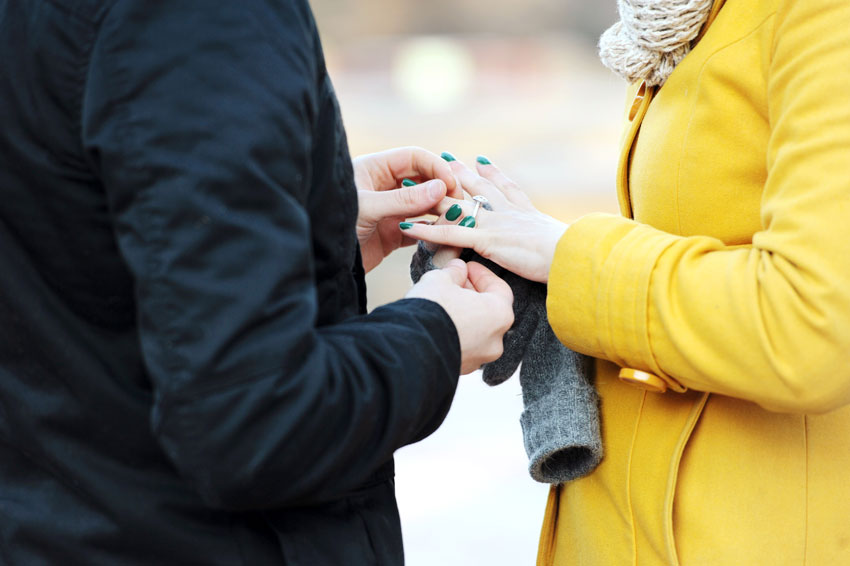 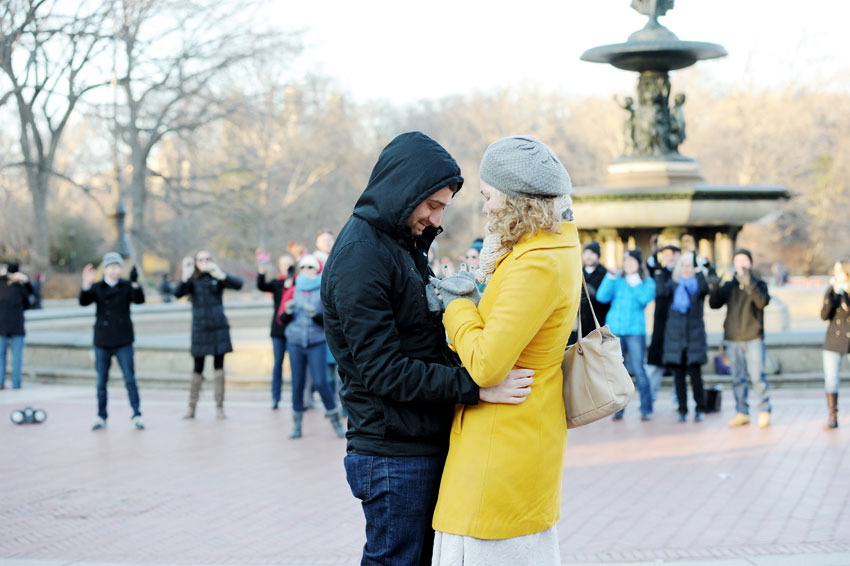 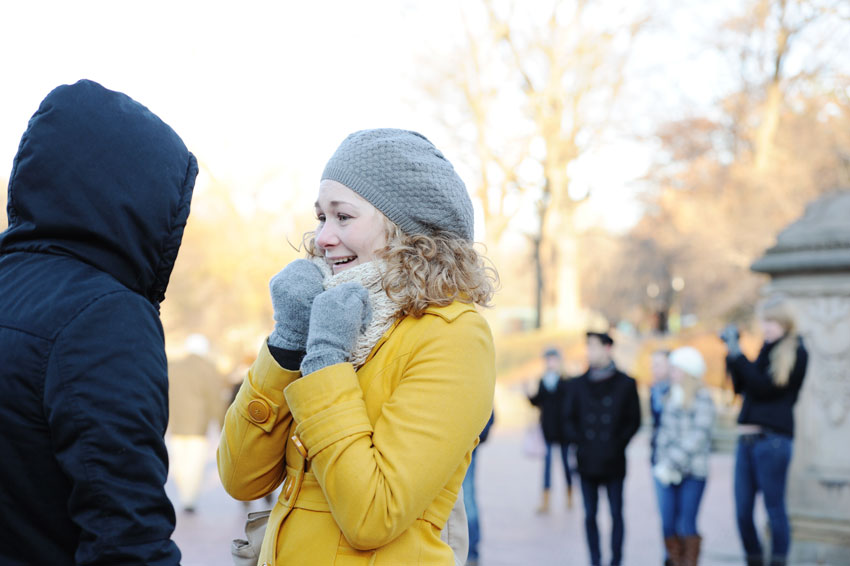 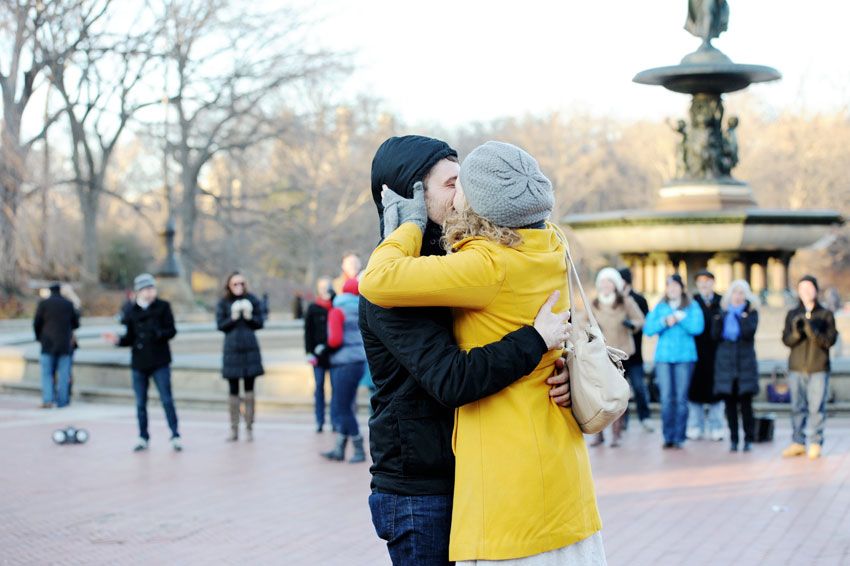 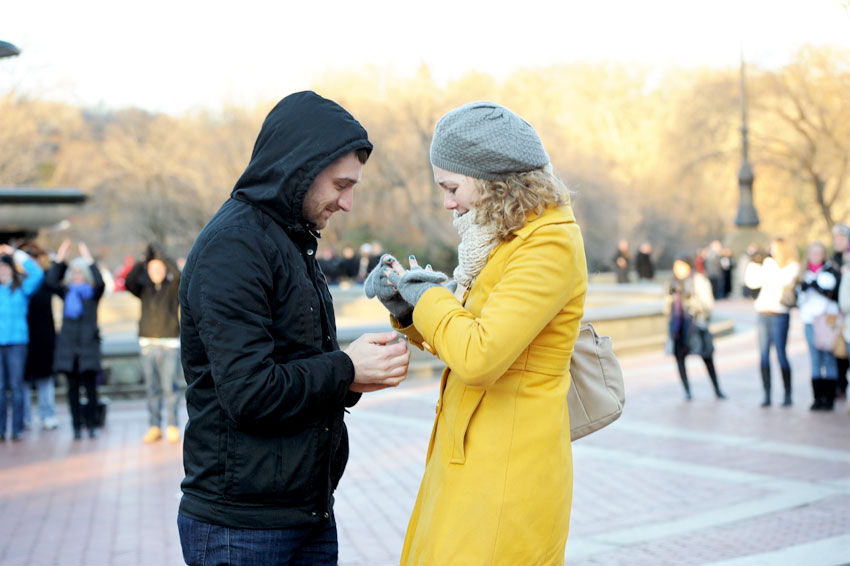 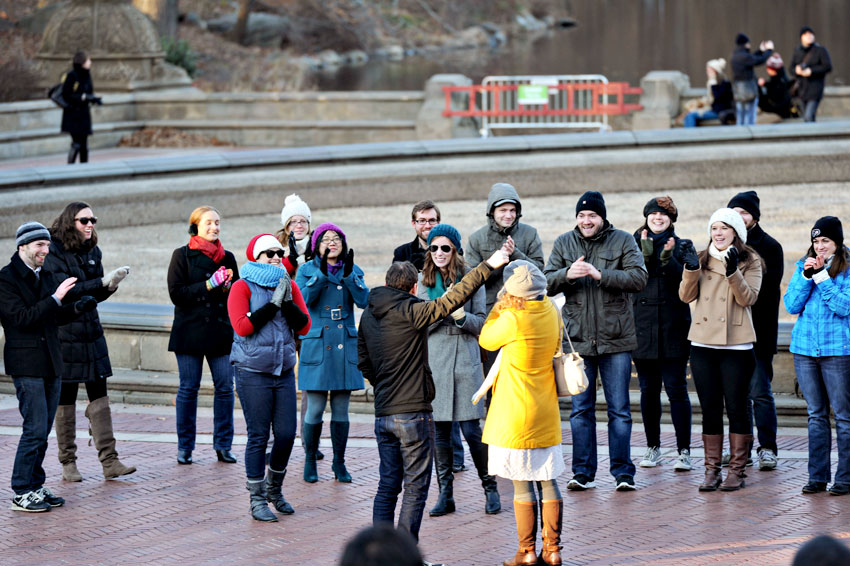 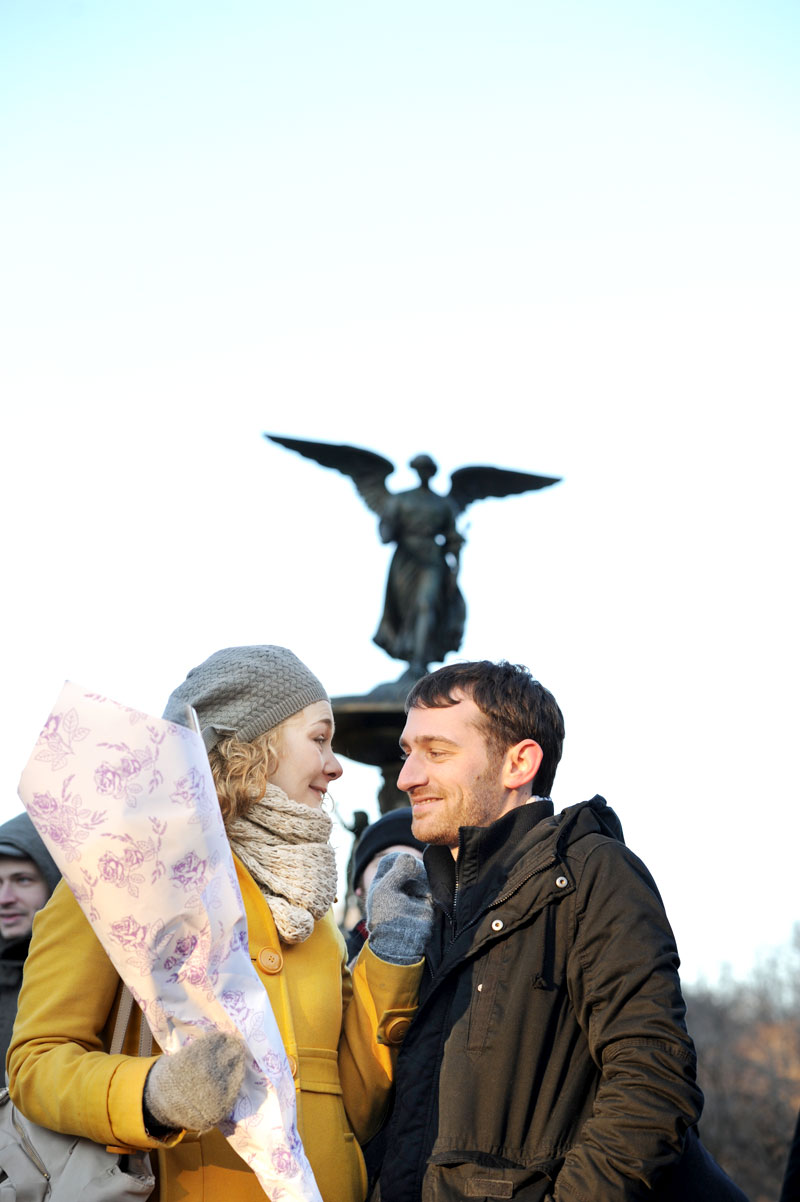 Though this proposal is from two seasons prior to this year, I never had the chance to post the amazing photos until now and the memory of this wonderful day is still fresh in my mind. It’s one of the first proposal’s I photographed and I’m still incredibly proud of the candid moments captured during such a sincere moment in Danielle and Ron’s love story.